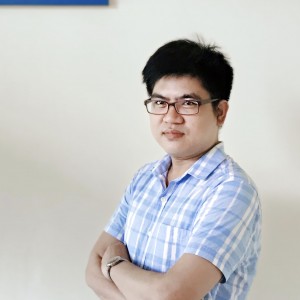 Nguyen Xuan Quyen received the Diploma of Engineer, Master and PhD degrees in Electronics and Telecommunications in 2006, 2008 and 2013, respectively. From 2007 to current, he has been serving as senior lecturer at School of Electronics and Telecommunications (SET), Hanoi University of Science and Technology (HUST), Vietnam. He was sandwich PhD student at the Institute for Smart System Technologies, Alpen-Adria Klagenfurt University, Austria during 2011-2012. During 2014-2015, he has worked as a postdoctoral researcher at Department of Computer Architecture, Polytechnic University of Catalonia (UPC BarcelonaTech), Barcelona, Spain. He was also the academic visitor at the Department of Electronic and Computer Engineering, University of Limerick, Ireland in 2015, at School of Electronics, Electrical Engineering and Computer Science, Queen’s University Belfast, United Kingdom in 2016, and at Department of Computer and Network Engineering, The University of Electro-Communications, Tokyo-Japan in 2017. He has been qualified with the title of associate professor at SET-HUST since 2018. His main research interests are microwave engineering, chaos-based digital communications and physical layer security, and wireless communications.